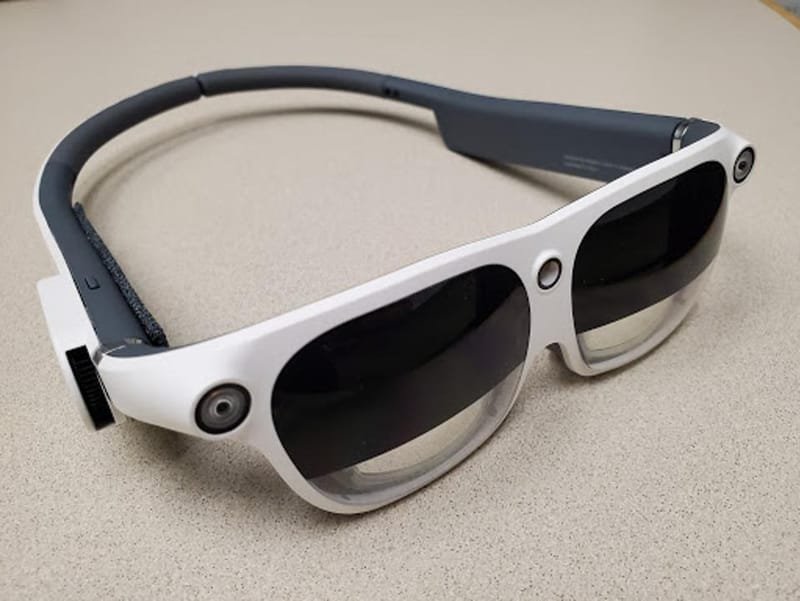 It has only been a few years since the second incarnation of Virtual Reality (VR) was launched by Facebook’s purchase of Oculus for more than $2 billion. (The first incarnation, in the 1990’s, is documented in detail in the book, Virtual Reality 1.0 — the 90’s. VRinthe90s.com) This was a bombshell of an announcement, and it restarted the hype cycle that had faded at the dawn of the millennium. Outrageous predictions and promises were made. Mark Zuckerberg proclaimed, “Oculus has the chance to create the most social platform ever, and change the way we work, play and communicate.” As recent history has shown, Mark may have been a bit over optimistic.

However, Mr. Zuckerberg has recently pivoted, and his remarks, as well as recent patent applications from Facebook, indicate that he may at last be on what we believe is the better path. Said Zuckerberg in a recent post on Facebook, “While I expect phones to still be our primary devices through most of this decade, at some point in the 2020s we will get breakthrough augmented reality glasses.” He added, “Even though some of the early devices seem clunky, I think these will be the most human and social technology platforms anyone has built yet.” We thoroughly agree. We believe this is the route to mass adoption and substantial profits.

However, there are many challenges and pitfalls to navigate before Augmented Reality gains the widespread acceptance and everyday use we believe is its future. The two biggest of those challenges are hardware and content.

Until small form factor AR headsets are commonplace, AR is going to remain a curiosity. Yes, it will continue to grow in importance in enterprise, where stylishness is a luxury and good ergonomics, while essential, are overweighed (sometimes literally) by functionality. Today’s best AR headsets, such as the Microsoft Hololens 2, are still heavy, only moderately comfortable, and suffer from too-short battery life. Their displays are not bright enough for comfortable outdoor use and their appearance is anything but subtle. Nonetheless, we consider Hololens 2 to be one of the best of current systems.

We believe that packaging the functionality of Hololens into a form factor of a pair of Ray Bans is essential to widespread acceptance of AR in the consumer space. In fact, that is essentially our definition of smartglasses. We’ll get more specific below.

In terms of content, unlike fully-immersive VR, which has suffered from a conspicuous lack of consumer interest outside of games, AR has already seen a substantial acceptance, with a large selection of content, mostly presented on phones and tablets. In retail, architecture, medicine, gaming, education, maintenance, training, and many other fields that we will discuss below, AR has already become a routine experience, with little pushback, and a multitude of applications in both the consumer and enterprise spaces. Acceptance of these applications will explode when the viewing devices become more user friendly. Those devices, we believe, will be smartglasses.

Smartglasses will include a panoply of sensors and displays, enabling the wearer to live in a fully augmented world. Simultaneous Location and Mapping (SLAM) systems will provide location information that will enable the correct presentation of computer graphics in register (aligned) with real-world objects, and when appropriate, obscured by them. These, as well as other trackers, will also provide position tracking with six degrees of freedom (6DoF) in 3D space. IR and other sensors will detect and interpret hand motion. Audio and light sensors will add additional data on real-world surroundings, as will temperature sensors and inclinometers. Other sensors will detect pulse, respiration, body temperature and galvanic response. Cameras will provide real-time recording or still pictures. Voice recognition will enable control by speech, and high-fidelity audio output will present spatialized sounds. All this will supplement high-resolution, high dynamic range graphics, presented by optical systems that track the user’s eye movement and focus to provide crystal-clear images, integrated with the real world.

These smartglasses will offload much of the necessary computer and graphics processing to edge computing systems located nearby, using 5G cellular or high-speed Bluetooth and WiFi connections. These communications technologies will also provide deep access to big data and the full internet. These systems will weigh no more than 56 grams (2 ounces), and will provide at least 4 hours of battery life. In time, improved power technologies will enable all-day use.

When, you ask, will this be available? We expect early systems with many of these capabilities by the mid-2020’s, and full-fledged systems by the end of the decade. Snap CEO Evan Spiegel agrees, saying [in March, 2017] that he expects it will be 10 years before consumers widely adopt augmented-reality smart glasses. “We’re working our way towards that future,” Spiegel said at the TechCrunch Disrupt conference that year in San Francisco.

This report describes how we get to those points, and from whom you may be buying those systems. Keep in mind that we are making bold predictions here, and there are many factors that are beyond our ability to predict. We feel very confident in our numbers for the next few years, but after 2023 our confidence is reduced each year.

While we make use of accepted industry methods and check all of our projections multiple times, we cannot account for many variables. These include the progress of hardware and software development, international political and economic fluctuations, and the impact of climate change. Nonetheless, we believe this guidance shows a correct and likely trajectory. Use these forecasts as a way to prepare for trends. Do not expect that in 5-7 years our numbers will have been highly precise. What we are confident about are the trends we have identified, and the high likelihood that around 2030 smartglasses will become as ubiquitous as smart phones are today.